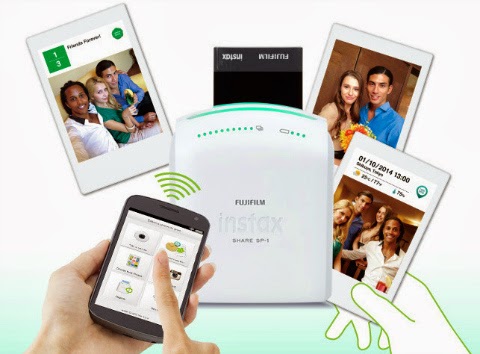 Recently I’ve been looking to fill a missing piece in my life. That missing piece is unique to my situation, however there are probably other’s that are in the same situation as me. Those of us that need (as in must have) a portable traveler printer. I am a photographer and frequently find myself in exotic countries. There are times where I think to myself “I wish I could print this off and paste it in my journal.” or “I wish I could give this person a copy of this photograph I took to them, because chances are they’ll never find a computer in this area to see it on my website.”
So I began the quest to find the perfect portable printer. Canon has their little Selphy series printers that spit out 4×6 images using an inkjet system. But I need something smaller because when you’re traveling with as much gear as I do then ever ounce and every inch matters. The focus of this article is to compare the three main printers I found, while introducing a surprise fourth choice at the end. 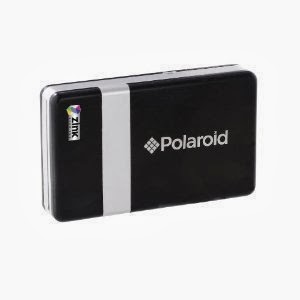 The first printer I found was the Polaroid PoGo. This is Polaroid’s attempt to bring instant pictures to the user. The device uses the zInk, Zero Ink, technology which allows you to print without working about a print cartridge. Since it uses the zInk the device is able to remain compact. zInk, for a lack of better explanation, uses chemistry and microcrystals that change the color of the paper when heat is applied. So the PoGo ends up being extremely compact. The PoGo can use PictBridge if you camera has that function, and can also receive images over Bluetooth. However iPhones do not allow you to send photos of Bluetooth, so you would need an Android phone, or a phone that allows Bluetooth sending. The biggest complaint people have with this printer is the quality. It is in no way designed to print professional photos, however the cost per print is extremely low making it overall the least expensive option. 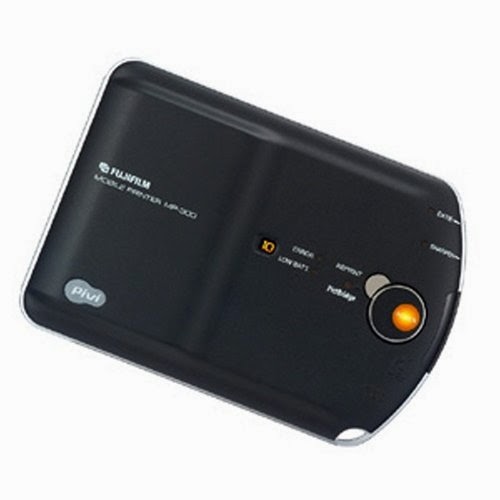 Fuji Pivi MP-300
This is the more advanced version of the Fuji Pivi. Previous models only had an infrared port on them so that you could send your photos to it via your infrared sensor on your phone. As this is mainly a feature for Asian phones and not western phones it didn’t have much of a market outside of Japan. The MP-300 still has the infrared sensor but also has a PictiBridge USB port on it. The best part about this printer is that it uses film paper very similar to old Polaroid cameras. The print will come out of the camera and then you wait for it to develop, and will no doubt probably shake the photo in hopes of it developing quicker.

This printer comes in two models, the PD233 and PD223. I read somewhere that the only real difference in the two is that the 233 was developed for the global market so has less compatibility issues. The PD233 uses the zInk technolgy, just like the PoGo. The PD233 has an App that can be downloaded for either iOS, or Android. The device does have a mini-USB port however this appears only to be useful for charging, not for Pictbridge or desktop support. The printer also comes in an assortment of colors, for those of you that want to accesorize your assories. 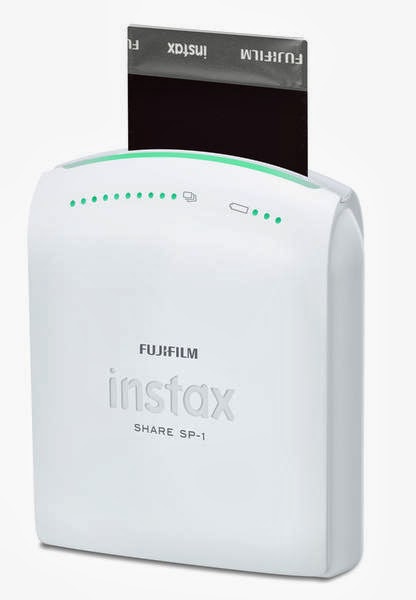 (Available in America June 1, 2014)
Lastly after searching through the ends of the internet I finally decided to head to Japan’s largest electronic store, Yodabashi Camera, to see if they had anything I hadn’t found yet. The SP-1, much like the MP-300, uses film paper. The big difference in paper is that the SP-1 is using the Instax mini film, which is the same film that Instax

cameras are using. The SP-1 uses a smartphone app, and Wifi connectivity to send your photos to it’s printer. There are no USB ports on it, so you can rule out Pictbridge or computer printing. However if you’re willing to put your photos on your tablet or phone before printing then this is no problem.

Additional Notes:
The zInk technology is pretty amazing, and also offers things like photo stickers. However if you want a true polaroid look to your photos then Fuji is the way to go. All the printers have the option of charging with an AC adapter, however some adapters are sold separately.
If you’re trying to decide which is better, that’s all a matter of preference. I’ve decided to go with the Fuji Share since it’s the most recent and also prints off the polaroid style prints. The price per print is a little more expensive on the Fuji Share, however they are making enough Instax Mini Cameras

to ensure that their film will be around for a long time. Unfortunately none of the devices are versatile enough to offer every type of connectivity available, but that’s probably a good thing since it keeps the price down. Most of these cameras can be found on Amazon, however the Fuji PIVI MP-300 doesn’t seem to be available in the US.